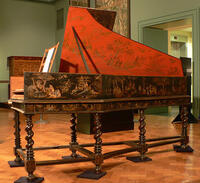 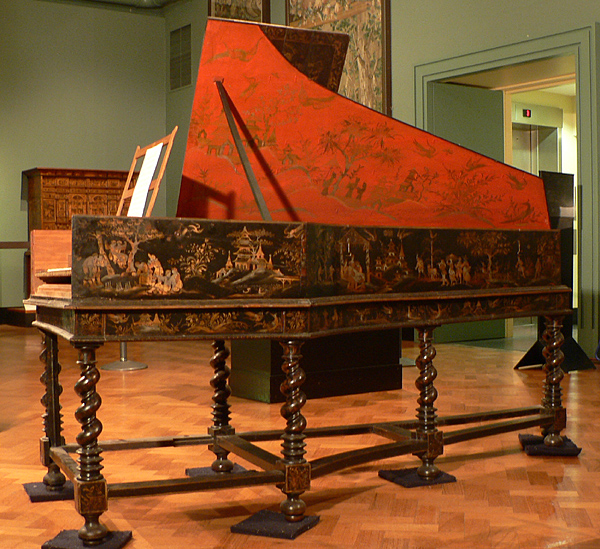 The Vaudry harpsichord in London’s V&A Museum is one of the world’s most famous historic harpsichords still in playing condition. Undoubtedly due to its exceptional, largely unadulterated state of preservation, it has frequently served modern-day instrument makers as the model for their early-French harpsichord replicas. The AEOLUS recording of this instrument is the only document in sound available of this instrument.

The harpsichord displays the name of its creator on the jackrail: “Vaudry a Paris 1681.” Vaudry was apparently the proprietor of a workshop in Paris and, according to a tradition, was “instrument maker to the court.” This seems quite possible, since an Antoine Vaudry – probably Jean-Antoine Vaudry, who lived ca. 1680-1750, and was undoubtedly a younger relative of our maker – is known to have been “seul maitre faiseur d'instruments du Roi.”

There are three sets of strings, 8’ and 4’ on the lower manual, and one 8’ on the upper, with an original manual coupler. In keeping with several strings that were still in the instrument when it was acquired by the museum, it is strung in brass and iron. The tuning pitch is the Old French ton de chapelle of a´ = 392 Hz.

The circumstance of this instrument having been “forgotten” for many generations in a large château proved to be the best guarantee for a good state of preservation, with the result that it still has its original jacks. An obvious alteration is the crude repainting of the inside of the instrument, which was executed in red and gold to match the color scheme of the room in Chateau de Savigny-les-Beaune. 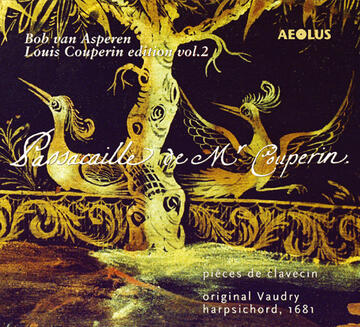