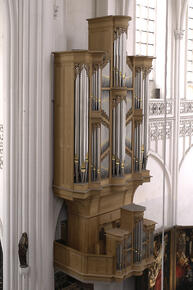 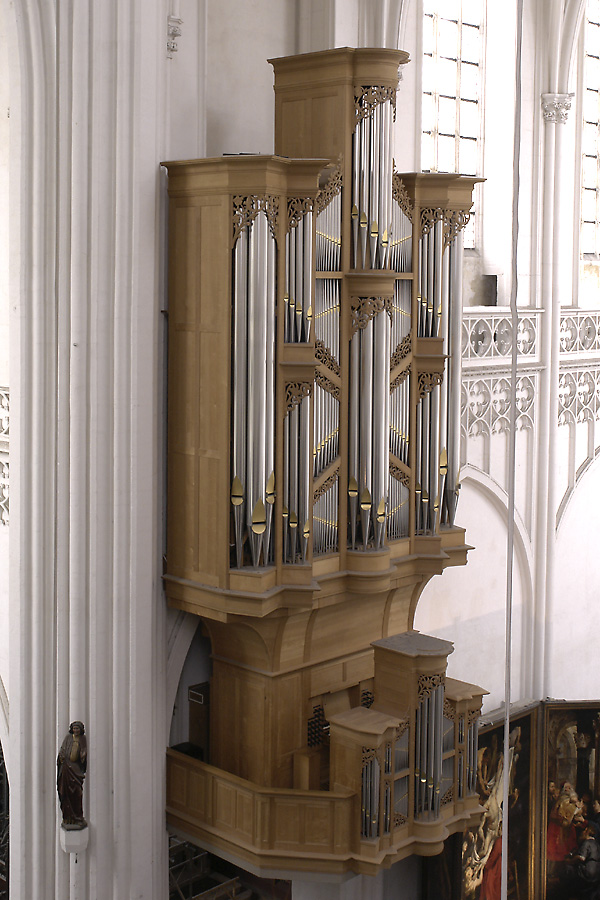 The financial backing of Agfa-Gevaert NV and Bayer-Antwerp NV lead to the inauguration of a second Cathedral organ on the 10th of June 1993, by the then titular organist Stanislas Deriemaeker. This transept organ (III/45) was manufactured by the Swiss firm Metzler. As the Schyven organ is particularly suited for performing romantic and symphonic music from the 19th en 20th century, the second organ was to be conceived as an instrument suited primarily for performing baroque music. The choice fell on the synthesis of a French and mid-German type of organ. The names of the stops (in either French or German) give an indication of what kind of rank it is. The Trompette 8’ of the great organ sounds with adequate brilliance when used as solo stop in French baroque music, and also sounds with convincing force in a ‘Grand chœur’. The Trompete 8’ (named in German) of the Oberwerk has a more rounded tone sounding with equal force across the entire manual, making it suitable for registrations of polyphonic music. 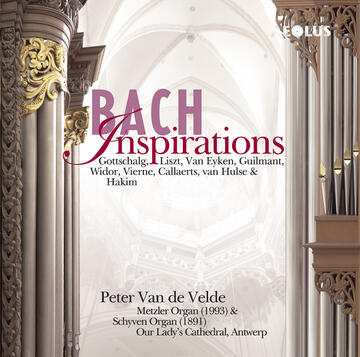