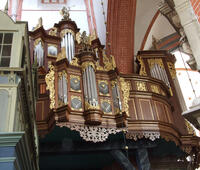 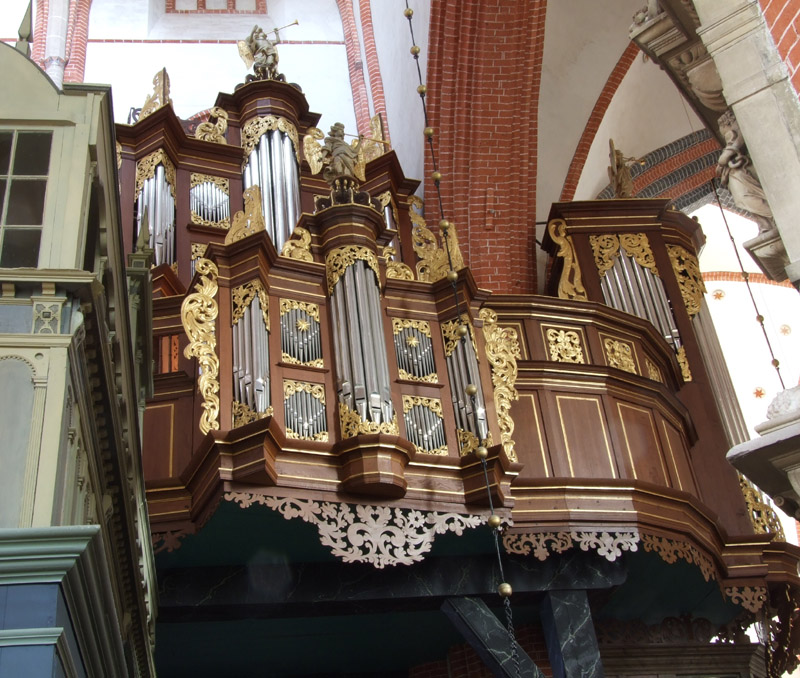 The monumental organ of the Ludgerikirche in Norden, the largest historical instrument in the rich organ landscape of Germany’s East Frisia region, was built in 1686/87 by the Hamburg organ maker Arp Schnitger. The most important organ builder of the Baroque era, Schnitger was famous far and wide in his own day.

He built some 150 instruments of various sizes in northern Germany and the Netherlands. The organ in the Ludgerikirche is his second largest instrument, and is built according to the Werkprinzip. The contract for an instrument with two manuals and pedal is dated 1686, but when the instrument was handed over in 1688 it turned out that Schnitger had exceeded his contract by adding a Brustpositiv with six stops. Moreover, in 1691/92 he was to enlarge the organ with an Oberpositiv with eight stops, which could be played from the manual for the Brustpositiv, resulting in a total of forty-six stops.
Eight of them were taken over from the two previous instruments: the oldest was from 1567 and built by Andreas de Mare from Groningen (Netherlands) / Emden (East Friesland), and the younger instrument by Edo Evers from Emden / Jever (East Friesland) in 1618. The 3110 pipes are distributed among five different divisions that are played from three manuals and the pedal. The instrument is located on the southeastern crossing pier, whereby the single large pedal tower is exceptionally placed in the transept. In 1981–85 the organ was restored in an exemplary manner by Jürgen Ahrend from Leer-Loga, at which time twenty-five stops and three of the six bellows were reconstructed after models by Schnitger. 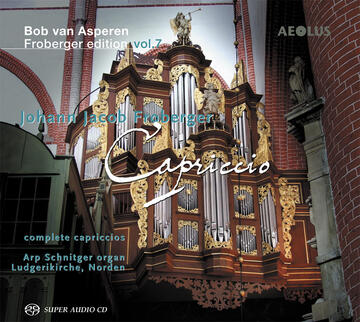