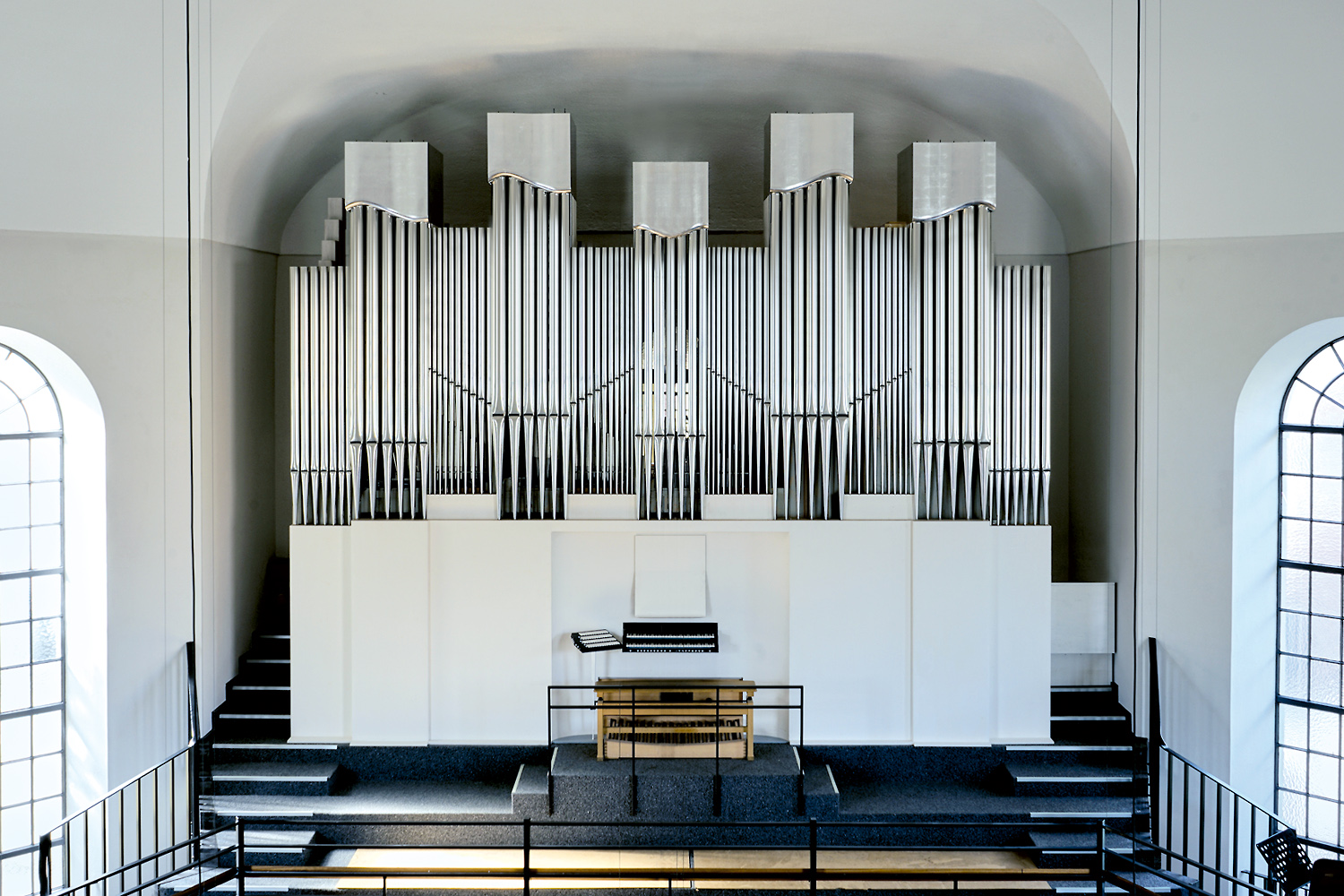 Gerald Woehl (Marburg) is one of the most important organ builders with representative organs worldwide. Among the most important new organs built by Woehl in recent years are the organ in St Thomas's Church in Leipzig and the organ in Hildesheim's St Michael's Church. After a competition of ideas among renowned organ builders, the presbytery finally decided to assign the new organ to the the company Woehl Orgel Projekte.

It is likely to go down in history as the final act in a multitude of destructions and reconstructions that a final war wound in the history of Mülheim and its congregation will be closed with the construction of the new organ in the Friedenskirche in 2017.
The Protestant congregation of Mülheim am Rhein is the oldest Protestant congregation on Cologne soil. In 2010 it celebrated its 400th anniversary. The history of the congregation is as eventful as the history of its church buildings. In 1786, the consecration of the new church (Friedenskirche) took place at today's Wallstraße 70-72, which was built according to the plans of the architect Helwig. The ground plan of the church depicts the cross in a circle. The original organ had been located on the east side of the church since 1791; the instrument with 27 stops by organ builder Christian Kleine was located above the altar and pulpit.
The new Woehl organ in the Friedenskirche is a particular instrument for many reasons. Its six pipe fields and five mighty pipe towers in the facade, the middle tower of which will one day carry the figure of King David from the pre-war organ of the Friedenskirche, enclose approximately 1,800 pipes. The design of the facade reflects the shape of the old organ from 1791.
In its completion, the work sounds as a synthesis of strict craftsmanship and significant organ- building knowledge, coupled with an art of voicing that precisely adapts the sounds to the space. Modern elements include electronics that allow the individual timbres (stops) to be changed in the shortest possible time.
The organ has two manual keyboards and, with the pedal, a keyboard for the feet. In addition to the Hauptwerk, there is a Schwellwerk behind the front pipes, which form the facade. It makes it possible to swell the sound from the softest pianissimo sound to the loudest, grave Forte within a very short time.
The pre-setting and saving of different sound combinations is done by an electronic circuit. At the same time, the wind system, which consists of four bellows, can also be throttled, thus creating completely modern, eerie sounds. In addition, the action is also MIDI-capable, and subsequent generations of organists can combine other electronic sound components with it. All these components taken together with the art of voicing already mentioned, i.e. the adaptation to the church ambience, account for the special and unique character of this new organ building. 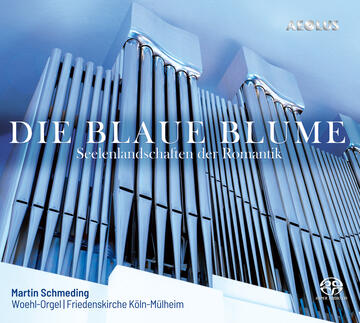