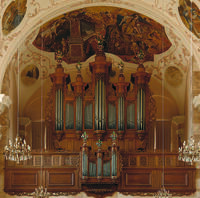 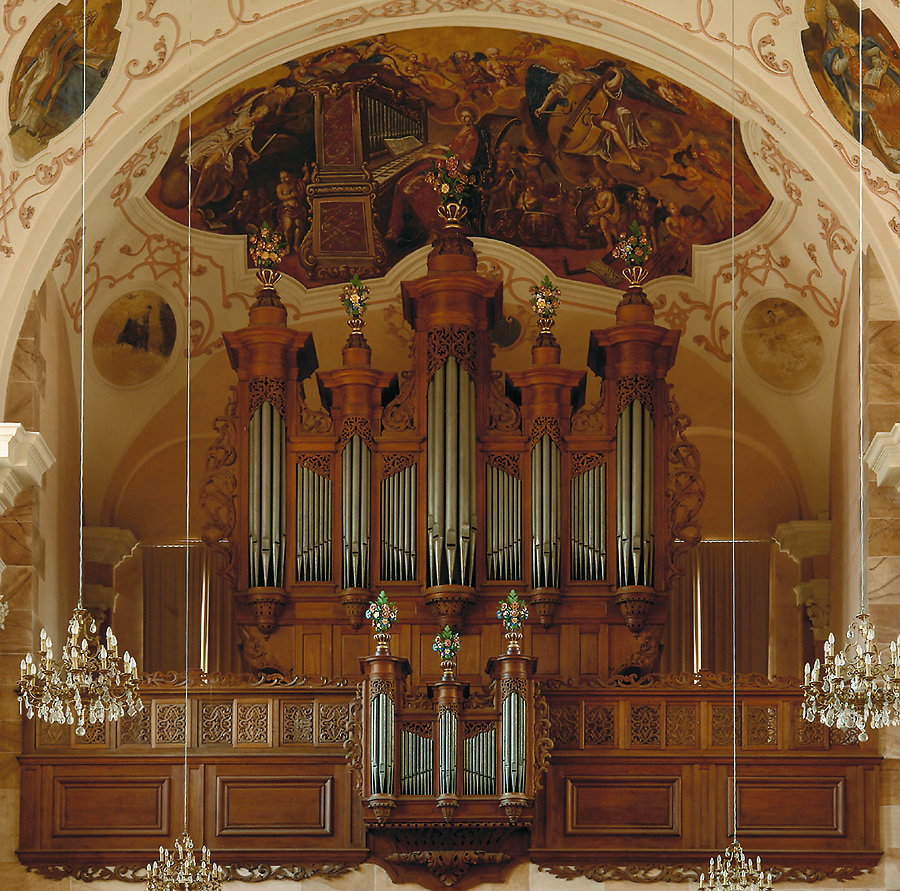 The organ in the former Benedictine monastery of Ebersmunster was one of Andreas Silbermann’s last instruments, and his son Johann Andreas was already involved in its construction.

It was built in 1730-1731; the Echo Trompete and Pedal Clairon were not mentioned in the 1732 contract.
After the organ suffered in the wake of the Revolution, it was repaired by Joseph Bergäntzel (Ammerschwihr) in 1812. He replaced the 37 largest front pipes and 30 others inside, which had been lost. A Bombarde 16’ was added to the pedal.
In 1857, Martin Wetzel (Strasbourg) installed three new bellows to replace the four old ones.
The instrument was overhauled in 1939 by Roethinger (Schiltigheim); the work was carried out by Ernest Muhleisen and Alfred Kern (Strasbourg).
Restoration was undertaken in 1997- 1998 by Gaston Kern (Hattmatt), assisted by Yves Koenig (Sarre-Union) and Richard Dott (Sélestat). The windchests and action were repaired, the pipework overhauled, the casework renovated and the vases painted. The bellows by Wetzel were restored.
With the exception of the above-mentioned pipes, which, however, have been preserved, the entire organ has survived. The front design, after Parisian models, finely matches the Alemannic architecture of the Benedictine abbey.
by Marc Schaefer
© Aeolus