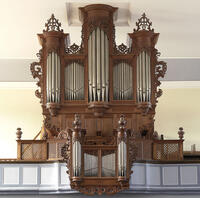 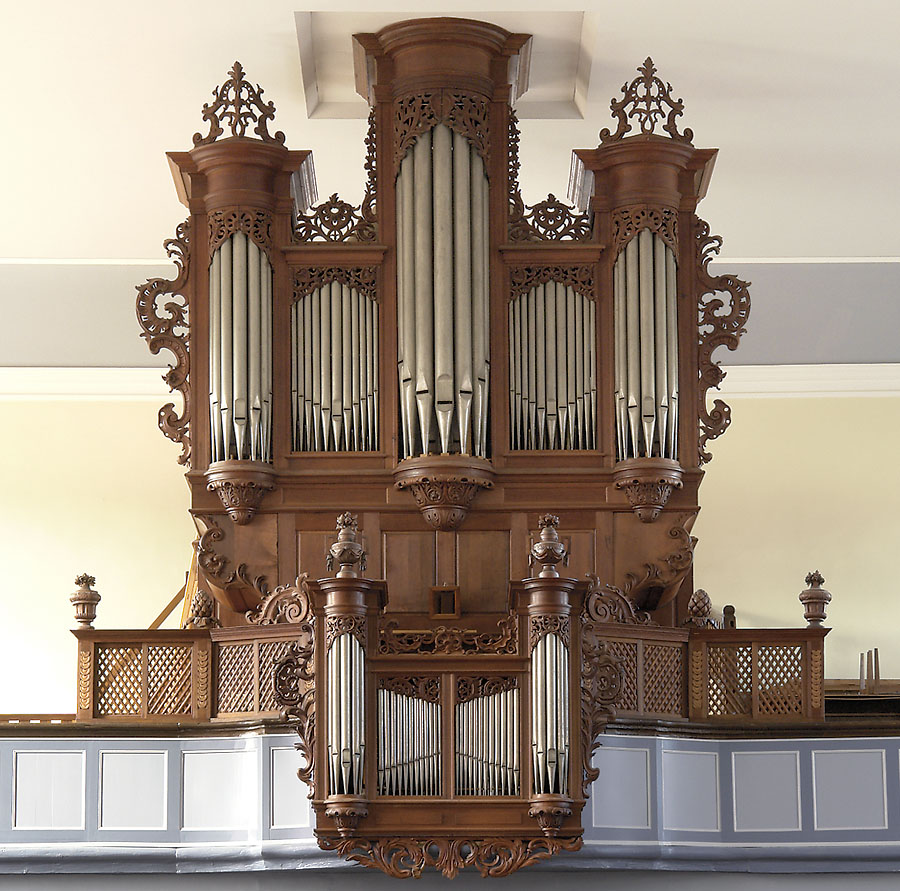 The organ was built in 1745 by the brothers Johann Andreas and Johann Daniel Silbermann for the Dominican church at Guebwiller (Upper Alsace). After the Revolution it was purchased by the parish of Wasselonne and erected in 1792 by Nicolas Toussaint (Westhoffen) in what at the time was a Simultankirche used by Roman Catholics and Protestants.
The instrument was rebuilt on a number of occasions. Stiehr & Mockers (Seltz) moved the main case back in 1849, modified the Rückpositiv action and exchanged several stops. Further alterations were made in 1894 by Charles Wetzel (Strasbourg) and in 1942 by Ernest Muhleisen (Strasbourg). Nevertheless, all windchests and 71% of Silbermann’s pipework survive.
In 1991-1992 the organ was restored by Gaston Kern (Hattmatt). The main case was returned to its original position, the Rückpositiv action reconstructed, the woodcarving repaired and the case renovated. The original stoplist of the three manuals was reinstated, as well as the original low pitch, while the pedal was extended from 20 to 27 notes, with three extra stops. Three diagonal bellows have been retained, as well as Wetzel’s horizontal bellows.
by Marc Schaefer
© Aeolus