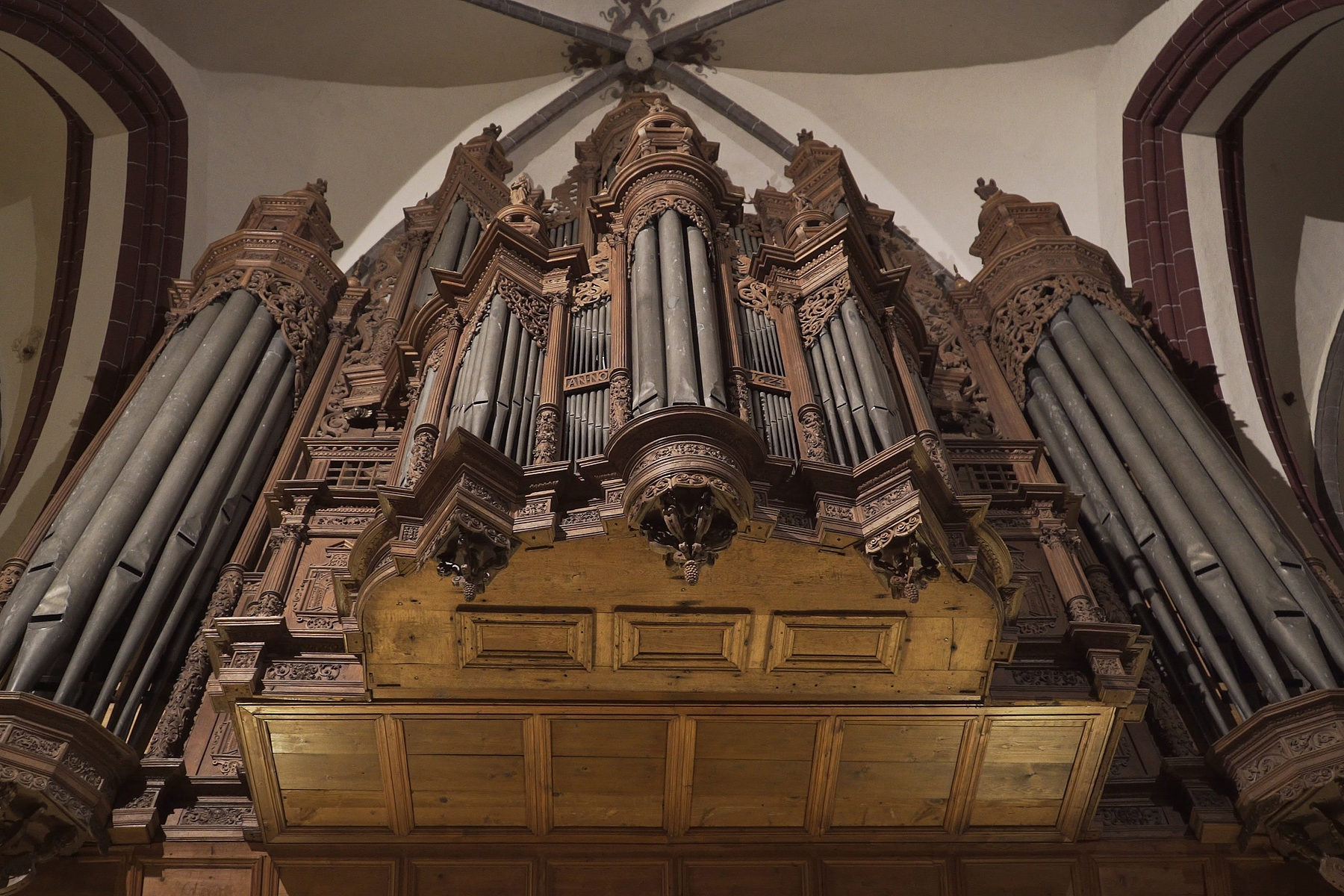 This week AEOLUS' recording producer Christoph Martin Frommen has set up his equipment in front of the famous Hans Scherer organ (1624) at the St. Stephan church in Tangermuende (Germany).

AEOLUS artist Léon Berben recorded a first volume (of two in total) of the organ music composed by Matthias Weckmann. The particularity of this recording is, that we are the first team to record the Hans Scherer organ (1624) after it's completion! The first fundamental restoration of the organ was finished in 1995 and realised by the Alexander Schuke company of Potsdam. During the first half of 2019 the organ was thoroughly cleaned. All pipes had been taken out and cleaned from dust. After this, two new reed stops were added to the Rueckpositiv.
The organ had never had reed stops in the Rueckpositiv. On the other hand, in other Scherer instruments reed stops can be found in the Rueckositiv. It is possible that Scherer did not finish these in Tangermünde due to lack of money. The space provided for them was, however, available. So it was decided to reconstruct these two stops and to add them now. Similar pipework in the organ of the Nieuwe Kerk in Amsterdam served as a model for the new Crumhorn 8'. As for the new Regal 8', pipes in the organ of Lüdingworth served as a model. We are now proud to present these new stops on a recording for the first time.
AEOLUS sound engineer Christoph Martin Frommen used nine DPA 4006 (omnidirectional) microphones for the recording. The recording was made in stereo and multichannel surround (5.1).
This is already the third time that AEOLUS has produced with Léon Berben in Tangermuende. Already in 2009 a recording with works by Jan Pieterszoon Sweelinck (DIAPASON D'OR) was made and in 2016 a recording of the organ works by Melchior Schildt. 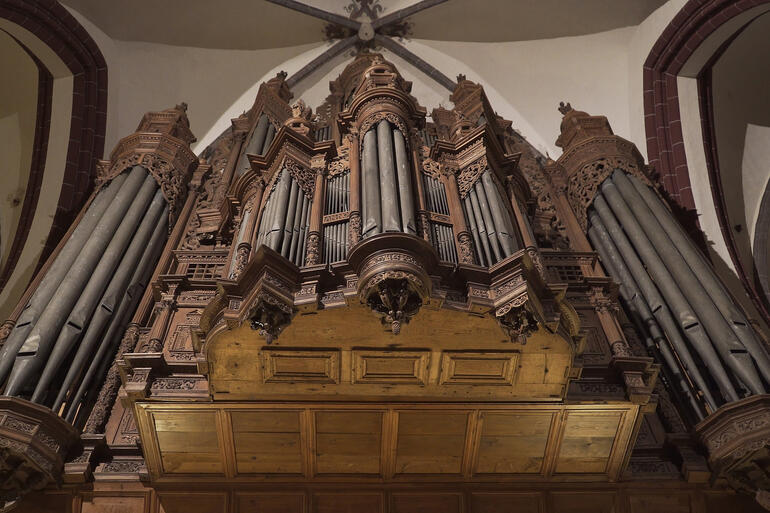 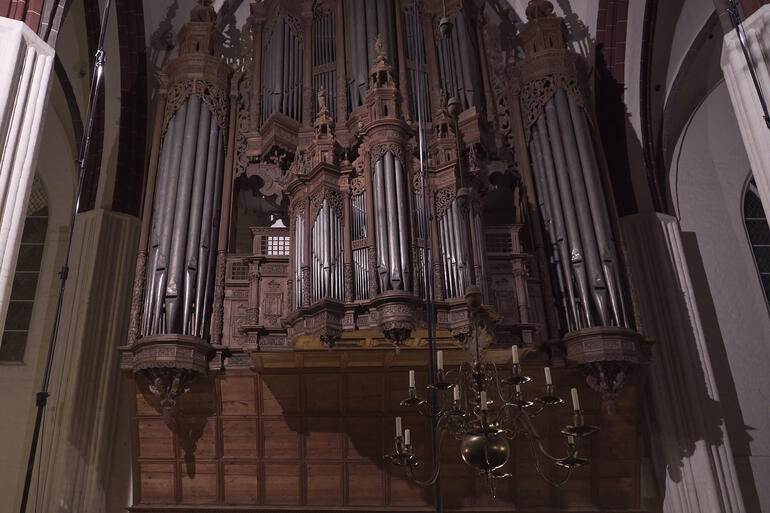 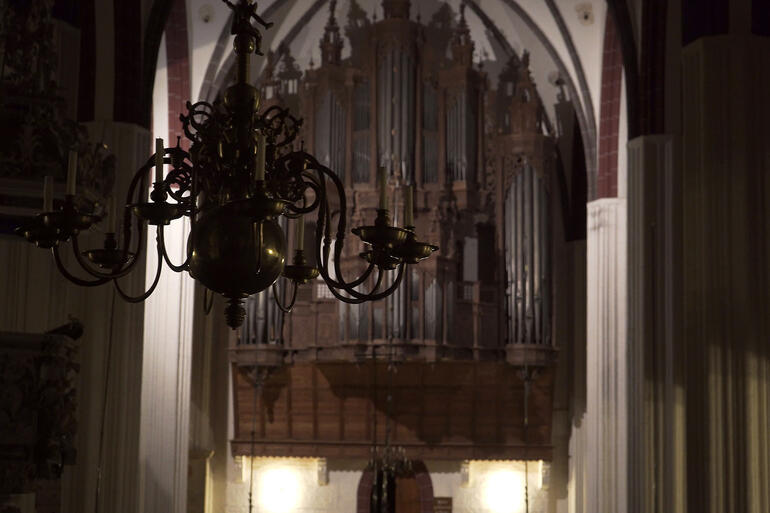 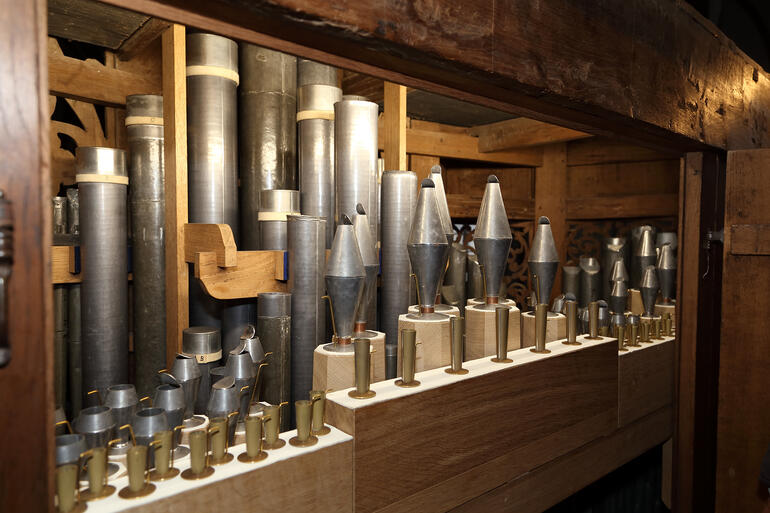 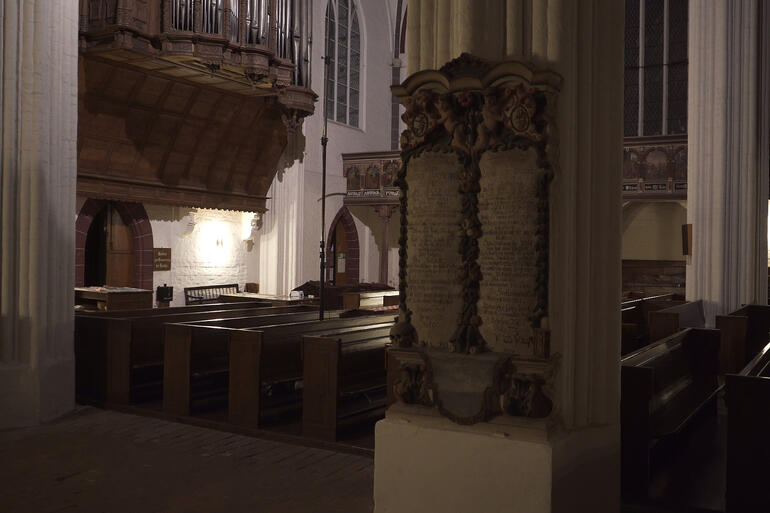 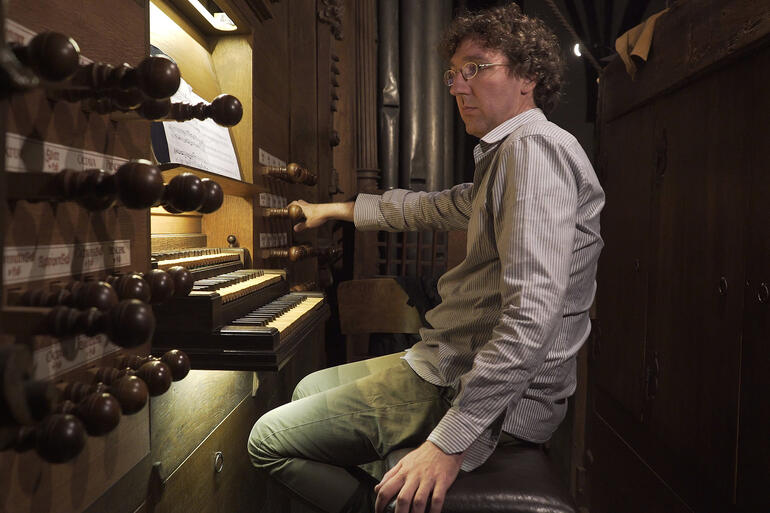 Léon Berben at the console of the Hans Scherer organ 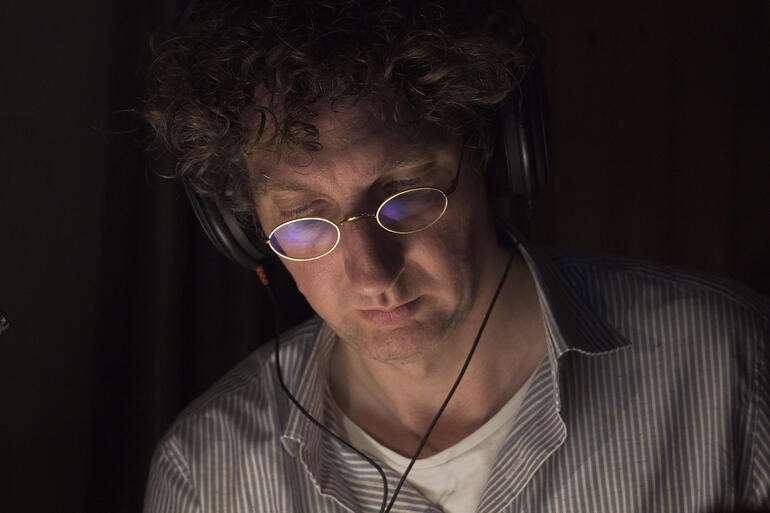 Léon Berben listening with headphones in the control room