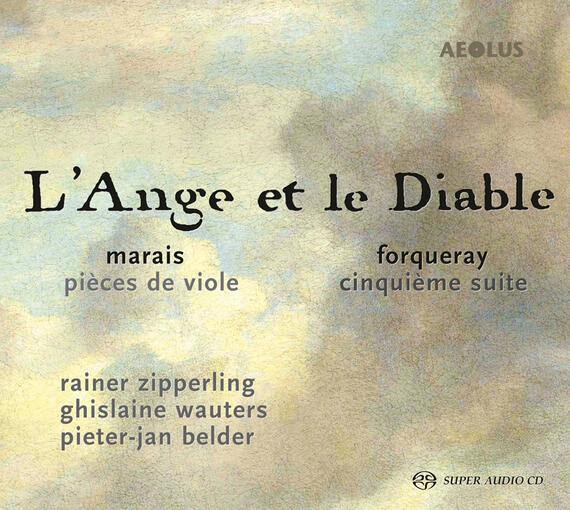 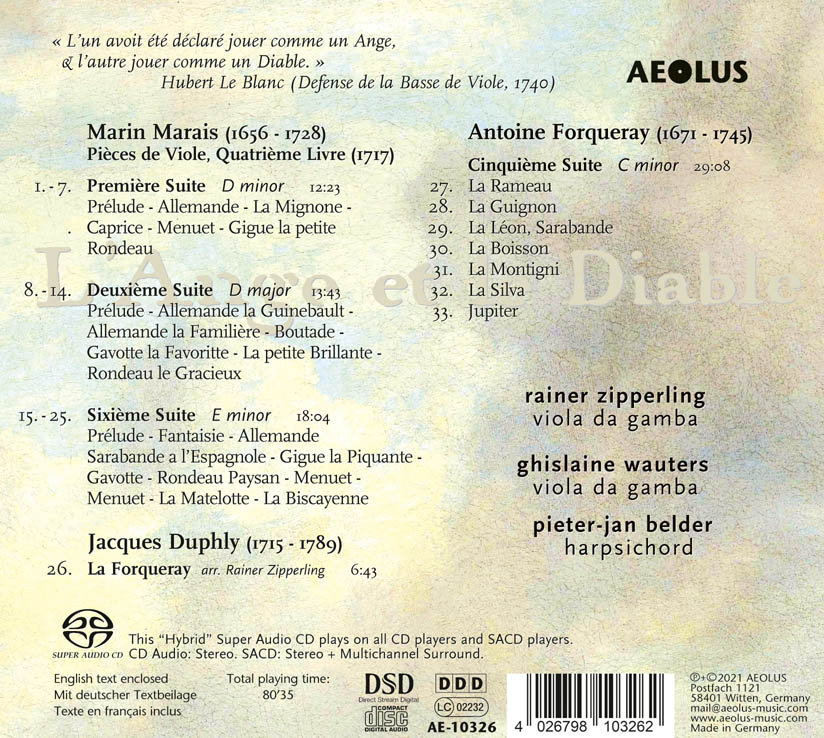 A famous historical quote provided the idea for this program: Marin Marais and Antoine Forqueray, the outstanding French baroque viola da gamba virtuosos, were like “angel” and “devil” for their contemporaries – antithetical figures who produced greatly different sounds on their instruments.

Soloist Rainer Zipperling (Ricercar Consort, among others) juxtaposes the amicable suites by Marais with Forqueray’s Fifth Suite, which beseeches the listener with dark sounds and always goes to the limits of the instrument. The pieces seem even more mysterious when one takes into account Rainer Zipperling’s comments in the booklet text about the authorship of Forqueray’s suites: Are they in fact works by his talented son, whom he even had imprisoned out of jealousy?

A particularly welcome “bonus” and an enrichment of the viola da gamba canon is Rainer Zipperling’s arrangement of the well-known rondeau “La Forqueray” by the late-baroque French harpsichord virtuoso Jacques Duphly. Ghislaine Wauters on the second viola da gamba and Pieter-Jan Belder on a French harpsichord are his tried-and-true partners on this recording, which was captured by AEOLUS on SuperAudioCD in stereo and surround sound.