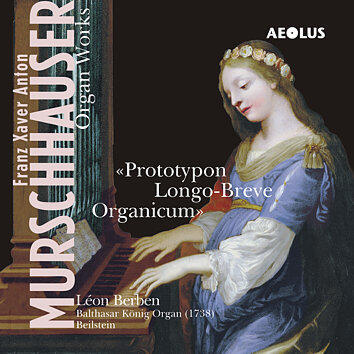 “Berben is a brilliant organist and infuses much life into this music.”
More details...

Franz Xaver Murschhauser (1663-1738) was a student of J.C. Kerll (1627-93), music master to the court of the Elector of Bavaria in Munich. Murschhauser succeeded him and acquired a considerable reputation as a music theorist and composer, even to the point of having influenced Bach.
Leon Berben plays this program, composed mainly of brief preludes, fugues, and toccatas on a beautiful 2-manual, 21-stop organ built in 1738 by Balthasar Konig of nearby Cologne for the Carmelite Church of St Joseph in Beilstein in the Mosel wine country. Berben is a brilliant organist and infuses much life into this music. The technical aspect of the recording is excellent.
BLAKELY

Berben is a brilliant organist and infuses much life into this music.
info2