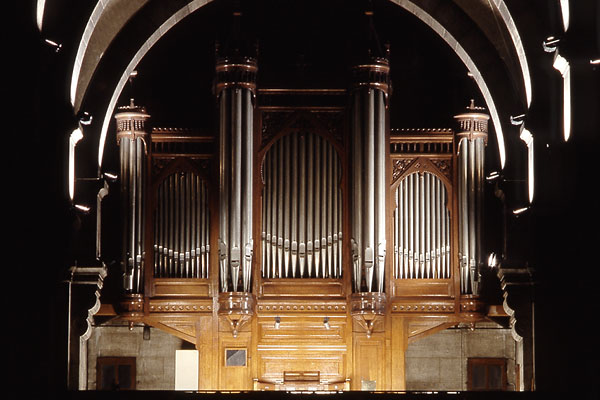 The fascinating history of the Cavaillé-Coll organ of Notre-Dame d’Auteil in Paris is most intimately bound up in that of the legendary organ in the “Palais du Trocadéro” there, also an instrument by the Cavaillé-Coll company.

In 1877 Cavaillé-Coll had begun building a three-manual, 45-stop organ for the parish church of Auteuil in the southwest of Paris. The vicar at the time, Abbé Lamazou (whose grave is to be found beneath the organ loft in the church) was a great fan of the organ and an admirer of Cavaillé-Coll. He had seen to it that the latter would get the contract to build the organ. At about the same time a gigantic hall was being built at the «Place du Trocadéro» for the Paris World Exhibition of 1878. It was to have a seating capacity of 5000; in the central position was an oval-shaped concert hall with a ceiling height of 50 meters and a cross-section of 58 meters. Into their plan the two architects had designed an orchestra stage as well as a large concert organ. The authorities turned to Cavaillé-Coll with a request for a cost estimate in kind. His tender amounted to 200,000 francs, a sum which at first made the commission balk. But shortly before the completion of the «Palais du Trocadéro» it was decided to place an order for an organ by Cavaillé-Coll after all. The remaining time, however, was so short that it would have been inconceivable to complete a totally new instrument of appropriate size. Someone hit upon the idea of asking the Auteuil parish to “lend” its instrument for the duration of the World Exhibition, probably a unique occurrence in the history of French organbuilding. The decision must not have been hard for the vicar, for the construction of the new parish church had hardly gotten beyond the foundation work. Cavaillé-Coll, however, found himself confronted with the problem that the instrument with its 45 stops was too small for the gigantic concert hall. Hence he decided to enlarge the organ with a fourth manual and two huge 32’ pedal towers. Thus a singular situation came about: the core material of the organ, i. e. the instrument manufactured for Auteuil, remained the property of the parish, while the extension work was paid for by the French government and was to remain in its possession following the exhibition. Fertile ground for eventual conflict had been created in advance. Indeed, a few years later, as the Trocadéro palace was to be torn down, Abbé Lamazou understandably requested the return of the instrument to the Auteuil church. This led a great number of Parisian organists, spearheaded by Guilmant and Widor, to take up arms to get the French government to buy back the part of the organ belonging to the Auteuil parish; this was done in 1882. Moreover, the plan to demolish the hall was also given up, and the organ concert series that had been set up in the meantime was allowed to continue.

It thus became necessary for the Auteuil parish to sign a contract with Cavaillé-Coll for a completely new organ. He carried out this assignment in 1884 - 85. Abbé Lamazou supervised the progress of the work most attentively, and Cavaillé- Coll, who felt somewhat indebted to the priest because of what had transpired in the Trocadero organ story, made sure that particular care was taken in the voicing. Of the original three manuals in the first organ only two (Grand-Orgue and Récit expressif) were left, perhaps for financial reasons. The dedication concert was played on 11 February 1885 by Charles-Marie Widor, organist of the Paris church of Saint-Sulpice, and Henri Dallier, at the time organist of Saint-Eustache.

A first general cleaning of the organ was carried out in 1912 by the Mutin- Cavaillé-Coll firm.

In 1937 it was decided to furnish the secondary manual (Positif expressif) which had been lacking, as it were, from the start. This work was entrusted to the Gloton- Debierre firm which in turn was counselled by the composer Albert Alain as consultant. The then titular organist, Paul Marcilly, was adamant that the voicing of the original Cavaillé-Coll stops should remain unchanged. Gloton had formerly been a foreman with Cavaillé-Coll, and was therefore highly familiar with the material. However, the organ was completely electrified using the “Debierre System” and fitted with a new console. It speaks well of the quality of this work that the electric installation from 1937 has functioned faultlessly ever since. The organ henceforth comprised 53 stops, Gloton having shifted the pedal chests to the lateral galleries, added a 32’ Soubasse and placed both Positif swellboxes into the space freed in the main case by the displacement of the Pedal division.

In the 60s Picaud-Barbéris organbuil- ders replaced the 1937 Positif mutation stops by new ones of narrower scale.

The most recent cleaning was done at the instigation of the then titular organist Henri Veysseyre. This work was carried out by Jacques Barbéris, whose successor Jean-Pierre Swiderski maintained the organ later. 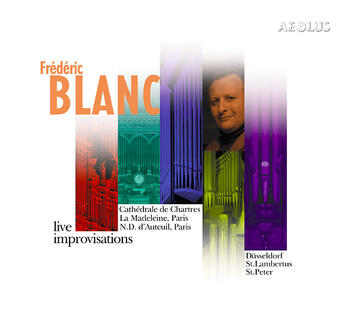 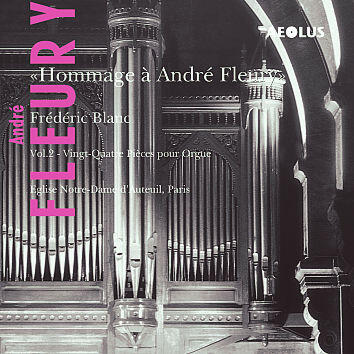