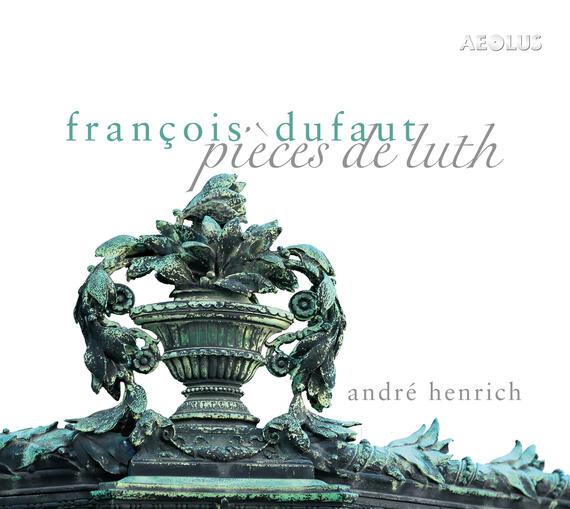 The name Dufaut is usually mentioned together with other lutenists of his time – the Gaultiers, the Gallots and Charles Mouton – when the French lute school and its founding father Ennemond Gaultier ('the elder') are discussed.

In the sources of Dufaut's music – two printed anthologies (1631/1638) and more than 90 manuscripts, mostly of French, English and German origins – his compositions are found together with the works of other lutenists. The present recording is devoted entirely to Dufaut's music, aiming to reveal its great diversity and wealth of invention.

Dufaut's oeuvre was not influenced by the tendency towards stylistic standardisation and unification in French music after 1650 (a stroke of genius on Lully's part, for musical if not more for political reasons). The various dance forms are full of variety and hardly standardised. An often unexpected melodic turn of phrase not infrequently transcends the metrical structure. Dufaut's music is therefore hardly predictable: the listener remains alert, entirely according to the rhetorical intentions of the music of his era.

André Henrich, german lutenist, living in Paris, has already taken part as an ensemble member in three more Aeolus albums. With this new recording of the rarely performed suites by Francois Dufaut he presents his first solo album. It has been recorded in fabulous acoustics of the church of Saint-Apollinaire of Bolland in eastern Belgium.