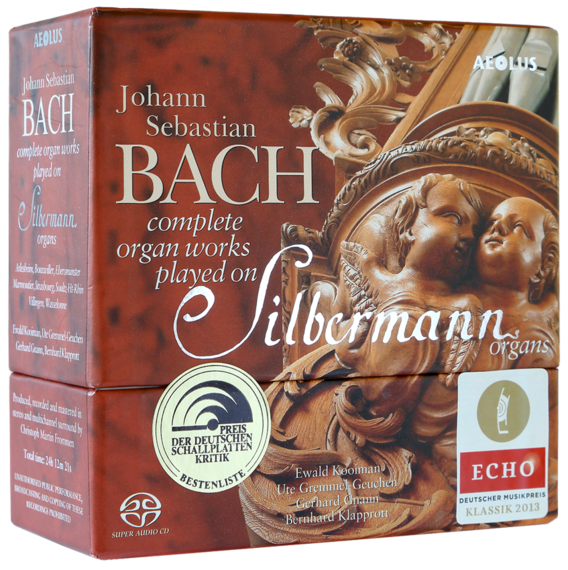 This is the first complete Johann Sebastian Bach Organ Edition on Super Audio CD available in surround sound and played on famous historic organs on a label which is famous for it’s experience with organ recordings. In the same time it is a very precious and detailed documentation of the Silbermann organ tradition in the Alsace and includes the most beautiful and important instruments of this organ builder dynasty. 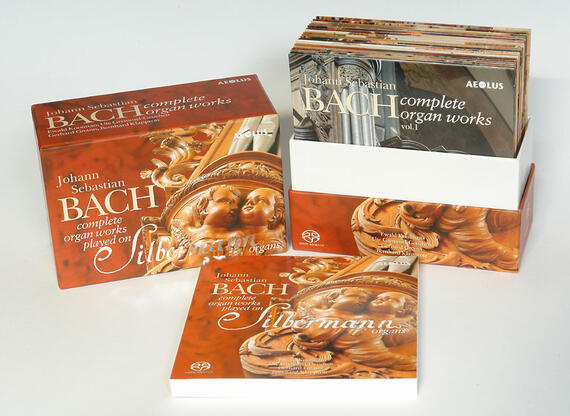 It was in April 2008 at the Abbatiale St.Maurice at Ebersmunster (Alsace) that I started working on Aeolus’ biggest recording project so far: the complete organ music by Johann Sebastian Bach with the dutch organist Ewald Kooiman for an ambitious SACD Edition with a total of 19 Super Audio CDs (compatible with any CD-Player). For this edition Aeolus and Ewald Kooiman chose the famous alsatian organs built by Andreas Silbermann (1678-1734) and his son Johann Andreas Silbermann (1712-1783).

Tragically Ewald Kooiman died totally unexpectedly during his holidays in Egypt on January 25, 2009, at the age of 70, after having recorded only eight SACDs.
We have been discussing whether it would make sen

se to release these eight recordings as a kind of musical testament. On the other hand there were so many important organs works that had not yet been recorded by Ewald Kooiman. Finally I contacted three of his former students and asked them if they would like to complete this edition as a homage to their teacher: Ute Gremmel-Geuchen (Kempen), Gerhard Gnann (Mainz) and Bernhard Klapprott (W

eimar). They were all enthusiastic about the idea and immediately agreed. These recordings started in 2010 and were finally finished in July 2011.

All the recordings have been realized simultaneously in two channel stereo and in five channel surround sound with state of the art equipment using the famous DPA 4006 microphones all over.

The booklet texts have been written by the German musicologist Peter Wollny (Bach-Archiv Leipzig) and by the alsatian Silbermann expert Marc Schaefer (on the instruments).

I feel immensely honored to have had the unique opportunity to realize this great project and to have spent five years with the music of J.S. Bach. I extend my warmest thanks to all those who have supported me and without whose help it would not have been possible to make it happen, especially to Mr. Anne den Hartigh.