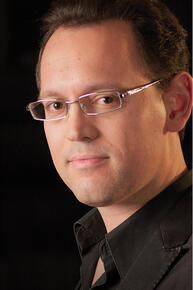 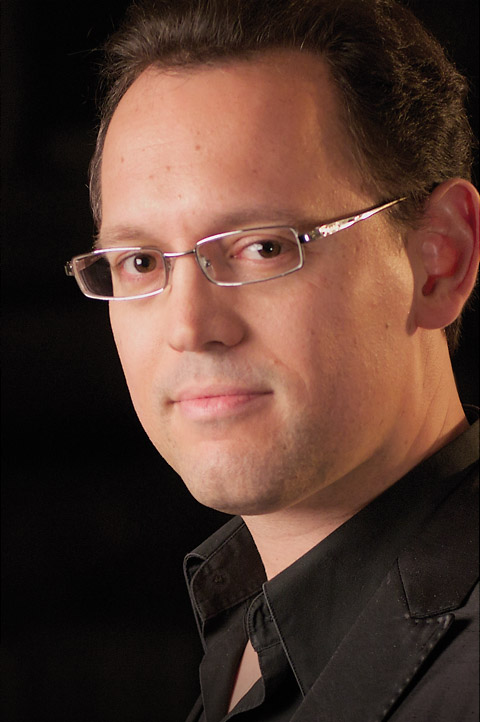 With his appointment in 2010 as Organist of the Royal Chapel at the Palace of Versailles, Jean-Baptiste Robin was secured a place in a long line of royal organists, such as Francois Couperin, Louis Marchand, Louis-Claude Daquin, and Claude Balbastre, as court musician of that world-renowned building

Widely regarded as one of the most prominent and accomplished French organists and composers of his generation, Jean-Baptiste Robin also serves as Professor of Organ at the CRR in Versailles. From 2000-2010, he was Organist of Poitiers Cathedral, where he presided over the cathedral’s famous Clicquot organ.
In addition to his well-known performances of classic and romantic French organ repertoire, he is also considered one of the great performers of the American Symphonic organ repertoire and is widely admired for his transcriptions and kaleidoscopic registrations, as evidenced in his CD The American Symphonic Organ recorded on the E.M. Skinner organ at the Cincinnati Museum Center’s Union Terminal (Brilliant Classics label). His frequent performance trips to the United States have yielded recitals in nearly half of the fifty states, including those at Woolsey Hall at Yale University, the Cathedral of St. Paul in Minneapolis, MN, St. James Cathedral in Seattle, and the Cathedral of the Madeleine in Salt Lake City, among many others. He was as a featured performer at the 2010 national convention of the American Guild of Organists held in Washington DC.
In Europe, he has been a featured recitalist at well-known international organ festivals in Toulouse, Haarlem, Freiberg (Silbermann Festival), Bonn-Beuel, Monaco, Porto, and in concert series in Dresden, Cologne, Geneva, Madrid, Timisoara, Coblenz, Schramberg, and Breda, among many others. He has also performed at the Sejong Cultural Center in Seoul, Korea, the Mariinsky Theater in St. Petersburg, Russia, and the Musashino in Tokyo, Japan.
As a master teacher, he was a distinguished artist-in-residence at Yale University and at the International Summer Academy for Organists in Haarlem (Holland), has taught numerous master classes for the American Guild of Organists, the Korean Guild of Organists, and numerous universities and conservatories in the U.S.: Washington University (Seattle), Lawrence University (Wisconsin), and at Cincinnati College of Music and the Oberlin Conservatory of Music (Ohio). Every two years he teaches for the Royaumont-Versailles Seminar and each year for the Poitiers Summer Academy.
He has composed over forty works ranging from those for solo instruments to symphony orchestra and his works have been performed by various ensembles such as the Orchestre National de France, the Philharmonia Orchestra, the Maitrise de Notre-Dame de Paris, and the Ensemble intercontemporain under the batons of directors Pierre Boulez, Laurent Petitgirard, and Jean Deroyer.
Jean-Baptiste Robin studied at the National Superior Conservatory of Music in Paris, winning seven Premier Prix and two postgraduate diplomas in theory and organ performance. He studied the organ with Marie-Claire Alain, Olivier Latry, Michel Bouvard, and Louis Robilliard, and composition with George Benjamin at King’s College, London.
He has recorded the complete works of Jehan Alain (Brilliant Classics), Felix Mendelssohn, Louis Marchand (Triton), and Francois Couperin as well as his own compositions (both Naxos). These recordings have been consistently praised by music critics and have won numerous prizes in France and England, including the Golden Diapason of the Year, Editor’s Choice by Gramophone, and the Charles Cros Academy.
Jean Baptiste Robin is represented exclusively by Phillip Truckenbrod Concert Artists, LLC. 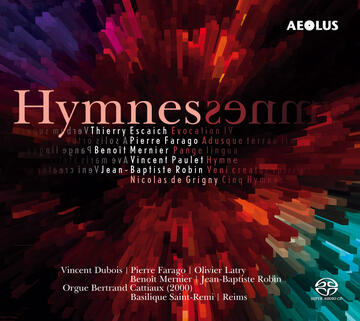