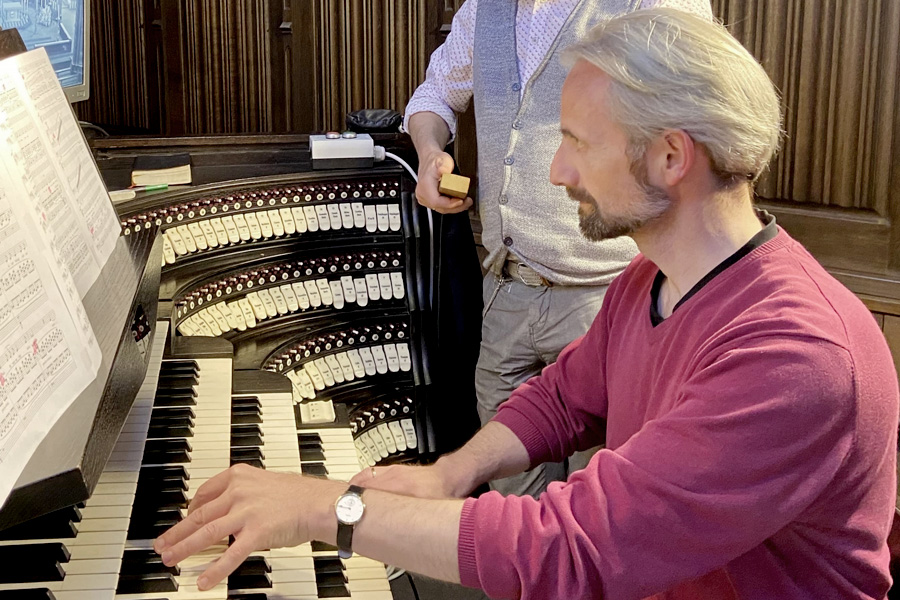 Romano Giefer studied historical keyboard instruments and composition in Freiburg, then church and school music in Cologne. While still a student he worked regularly as a continuo player and répétiteur for Thomas Hengelbrock, Philippe Herreweghe, Peter Neumann, Christina Pluhar, Werner Ehrhardt, Holger Speck and others.

He has played all manner of historical and modern keyboard instruments in many operas, oratorios and orchestral projects, in concert and for radio and CD recordings. The prize-winning recording of Camille Saint-Saëns’s Oratorio de Noël under Holger Speck testifies to his experience as an organ accompanist. He also founded the Canzonetta Köln chamber choir at the time, and for many years conducted it in projects of his own, performing a broad stylistic spectrum of choral music including a-cappella works, J. S. Bach’s b-minor Mass and his St Matthew and St John Passions. Giefer also worked for over ten years as a lecturer in harmony and counterpoint, thorough bass and choral conducting at the Freiburg University of Music and at the University of Cologne.
Giefer also demonstrates a similar professional versatility as the choral director of the Papal Basilica of St Mary in Kevelaer, one of the largest sites of Christian pilgrimage north of the Alps. Among the organs in the basilica is Germany’s largest Romantic organ, built in 1907. Besides conducting the choir there, Giefer also continues to cultivate his passion for keyboard instruments, both as a soloist and in performing with singers, instrumentalists, ensembles and choirs.
Besides three adult choirs, Giefer also set up a singing school for the music of the Basilica when he took up his post in 2010. Today, over 140 children aged from five to eighteen are active in it. Seven different choirs and ensembles perform in the liturgy on Sundays and feast days, and also regularly give concerts. Together with his colleagues on the pilgrimage committees, Giefer is developing innovative theological-musical formats. One representative example of this is a version of Bach’s Christmas Oratorio with musicians, speakers and ballet dancers that was conceived for the Basilica in Kevelaer in 2020, entitled: #Jauchzet! #Frohlocket! 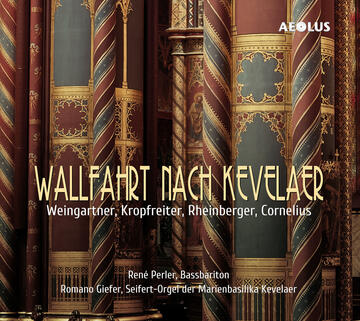