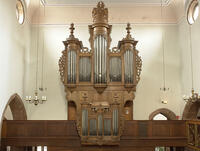 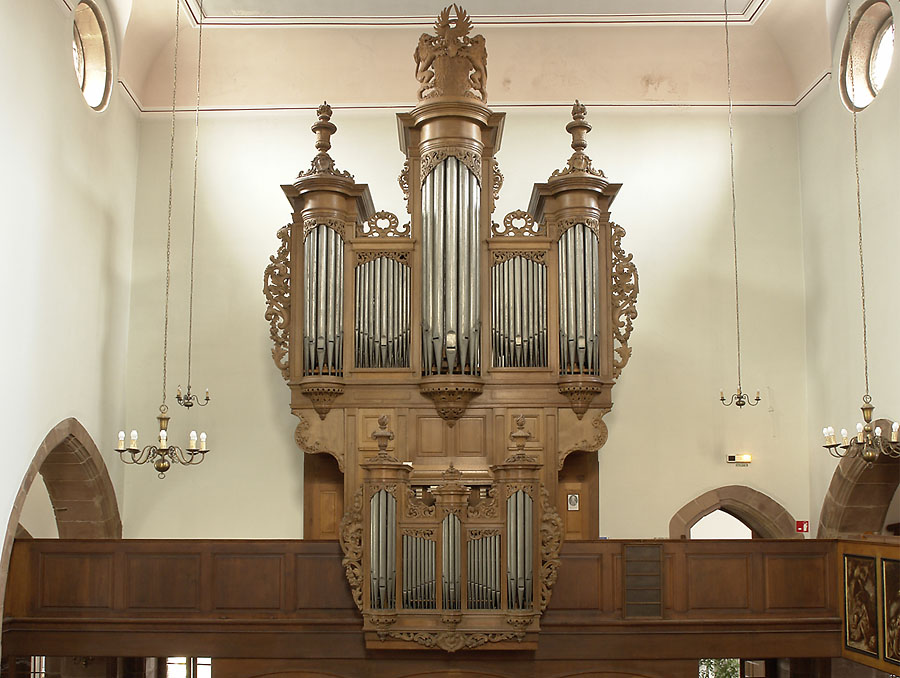 Registration directions for this organ, left by Johann Andreas Silbermann, were rediscovered in 1991.

The organ was built by Johann Andreas Silbermann in 1778 for the Protestant church in Bouxwiller. It was for this church that his father Andreas had contracted his very first work as an organ builder in 1699, renovating and moving to a different gallery an instrument made by Baldner in 1668, which is now in the R.C. church in Bouxwiller.
In 1876, the Johann Andreas Silbermann organ was adapted to the taste of the time by Emile Wetzel (Bergheim). But the most drastic alterations were carried out in 1914 by Dalstein & Haerpfer (Bolchen), when the windchests and action were replaced by pneumatics, with a detached console in the Rückpositiv case.
The instrument was restored in 1968 by Alfred Kern (Strasbourg). The original stoplist was reinstalled at the original pitch, though with a 27-note pedal, three extra stops and a pedal coupler. The casework was renovated; the carving on top of the middle tower is of a later date.
by Marc Schaefer
© Aeolus