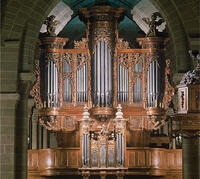 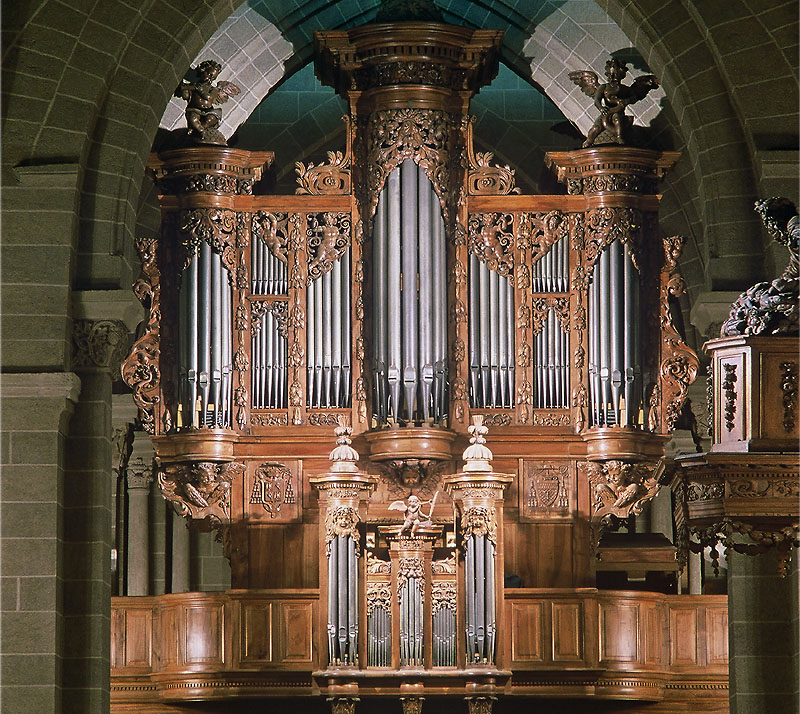 The organ of the cathedral of Notre-Dame in Le Puy-en-Velay was built between 1691-1692 by the organbuilder Jean Eustache. It is one of the most important french baroque organs built in the 17th century.

The splendid double-sided organ case made of walnut was manufactured by Tiremane, Vanneau and Alignan. Originally the organ was placed on a wooden jube, however, in 1781 it was moved to the back of the nave. In 1892 it was moved on a stone loft on the north side. Thus the backside of the organ case became invisible. In 1937 the organ was moved again, this time behind the choir by the wall of the apse. On each of those occasions the organ was also transformed of course.
– In 1754 and 1776: rebuilding by Jean Baptiste Isnard (nephew of the famous Jean Esprit)
– In 1827-1828: significant rebuilding by Joseph Callinet (renewal of the manuals and the blowers, the mechanics, repairing of the windchests of Grand-Orgue, Positif and Récit, installation of independent pedal windchests, some changes in the pipework, modifiactaions of the complete wooden pipework …)
– In 1848: installation of a swell box by Ducroquet (42 notes and 5 stops).
– In 1892: transfer of the organ to the transept and elementary changes at all levels.
– In 1937: transfer to the choir by Debierre-Beuchet-Gloton. Installation of a big swell box and numerous modifications.
Between 1995-1998 the organ was extensively restored by Boisseau-Cattiaux. The organbuilders returned to the original tonal figure of the instrument of the 17th and 18th century. The Férignac company rebuilt the back facade. Besides, the original decoration elements which in the meantime had been conserved in the cathedral and in the museum were reused.
The windchests of Grand-Orgue and Positif were renovated, those of Récit, Echo and Pedal were rebuilt. Furthermore new wedge bellows were built. The whole tracker system was reconstructed. The original pipework was restored whereas missing pipes was made new according to old models.
Bertrand Cattiaux 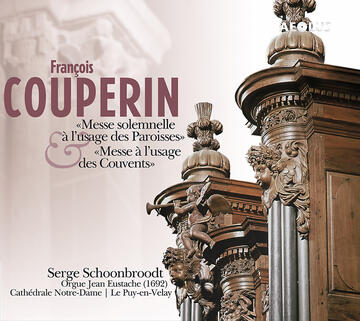