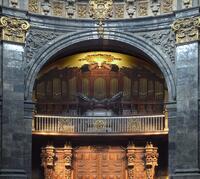 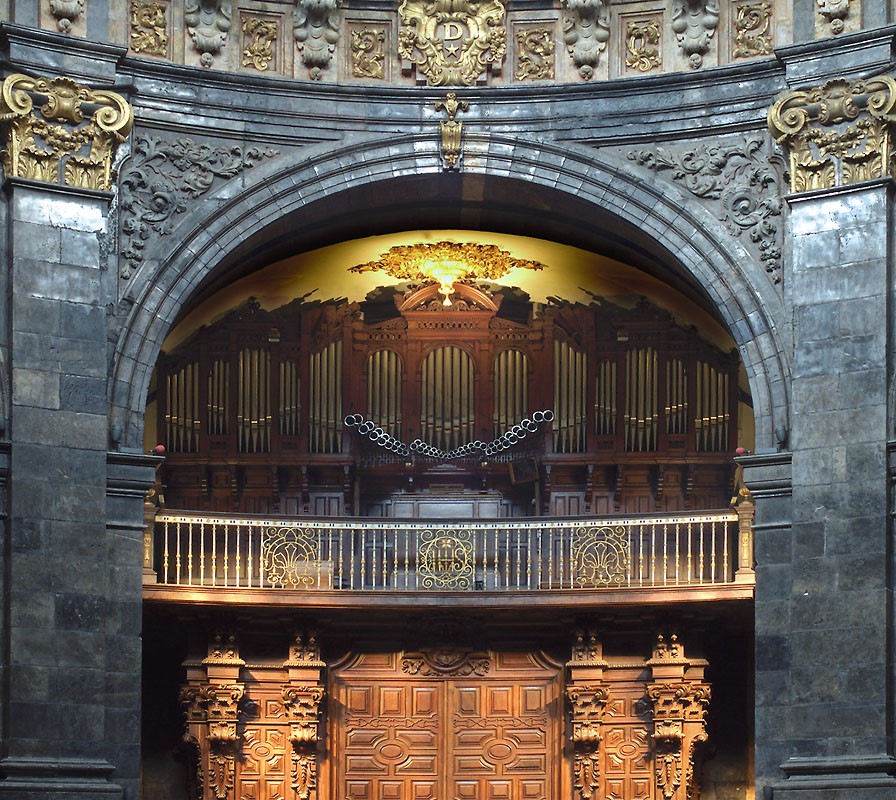 The Cavaillé-Coll organ of the Loyola Basilica (Azpeitia) was consecrated on June 10, 1889. It has 37 stops on 3 manuals and pedal.

Its price was 60,000 pesetas. The Diputación Foral of the Province of Guipúzcoa paid 5,000 duros and Padre José Ma Mendìa paid another 14,000. Its conception was decisively influenced by the organist of Azpeitia, José Ignacio Aldalur, who was a great friend of the Jesuits of Loyola. The delivery of the instrument was delayed several times by the Cavaillé-Coll firm. The reasons for this had to do with certain disagreements between Ignacio de Ibero, the president of the main assembly of the construction association of Loyola and Charles Carloni, the chief representative of the Aristide Cavaillé-Coll firm, an organ-builder himself. The acceptance of the instrument was made by Ignacio Aldalur and Felipe Gorriti. As already mentioned, a first restoration was carried out by Fernand Prince in 1927. In 1973 the firm “Organería Española” of Azpeitia restored the instrument again. This time the original character of the instrument was most precisely respected. So this instrument has never ever been modified and is preserved in it's absolute original shape!
The organ of Loyola is installed in the balcony above the entrance portal of the Basilica across from the presbytery. The space on this balcony is extremely limited in height and volume. The secret of the installation of a three-manual organ into such a limited space lies in the arrangement of the windchests. This is a model example of utilisation of space. Despite its limited space volume, the present balcony is already an enlargement of the former balcony carried out thanks to the efforts of José Ignacio Aldalur. The trompeta de batalla was not originally planned in the stop list and was only added when the construction of the organ was already at a quite advanced stage. It can therefore only be activated with the help of a foot-lever alongside the couplers and appels. From the historical and aesthetic viewpoint, this instrument must be regarded as belonging to the third creative period of the Cavaillé-Coll firm, designated as romantic-symphonic. The instruments of this period are particularly well suited for the interpretation of works by Widor, Vierne, Otaño, Beobide, etc. The special characteristics of this instrument include the two swell boxes (Positif and Récit), the combination of Oboe, Clarinet and Carillon in the Positif and of the Cornet in the Récit. As with the Cavaillé-Coll organs of Santa María of San Sebastián and Azkoitia we find here too the same Spanish terminology for the manuals and for the length-dimensions of the pipes, familiar from Spanish baroque organs. The organ has three manuals with a range of 56 keys and a pedal with 30 keys with 37 stops altogether.
As far as quality and sonic concept are concerned, this instrument can certainly take its place in the series of masterworks of the Cavaillé-Coll firm, together with Saint-Sernin de Toulouse (built in the same year) and Saint-Rouen, Rouen (1890).. This is extraordinarily remarkable in view of the aforementioned space problems on the balcony and, not least, the very special acoustics of the Basilica. 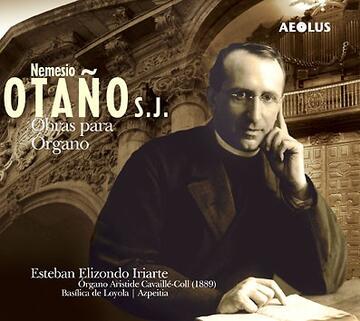