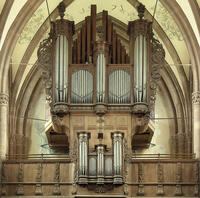 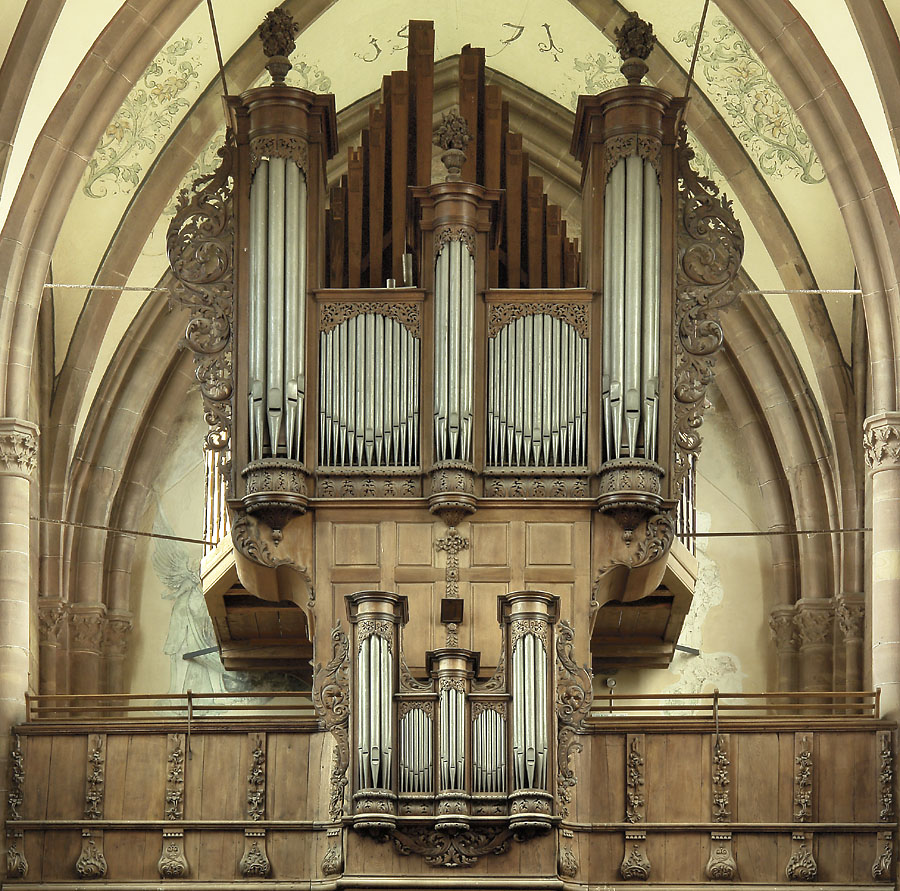 Despite two removals, the Marmoutier instrument is one of the best preserved organs from the Strasbourg workshop of Silbermann, particularly in terms of the voicing.

The contract with Andreas Silbermann was agreed in 1707, and the organ was erected in 1709-1710. In 1746, Johann Andreas completed the instrument by adding five stops that his father had provided for: the Positiv Cromorne 8’, and the pedal stops Octavbass 8’, Prestant 4’, Bombarde 16’ and Trompete 8’.
In 1789 the organ was taken down and moved to one of the transepts, where it remained until Xavier Stiehr (Seltz) moved it back in 1840 to the now widened west gallery. The pedal was raised up, probably to create more room for the choir.
In 1955 the instrument was completely overhauled by Ernest Muhleisen and his brother-in-law Alfred Kern (Strasbourg), who in so doing were influenced by Albert Schweitzer.
An extensive renovation was undertaken in 2009-2010 by Quentin Blumenroeder (Haguenau), including repairs to the windchests and action, overhaul of the pipework, repairs to the woodcarving and renovation of the casework. The nineteenth- century horizontal bellows was replaced by three diagonal bellows.
by Marc Schaefer
© Aeolus