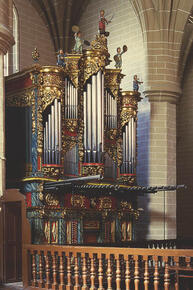 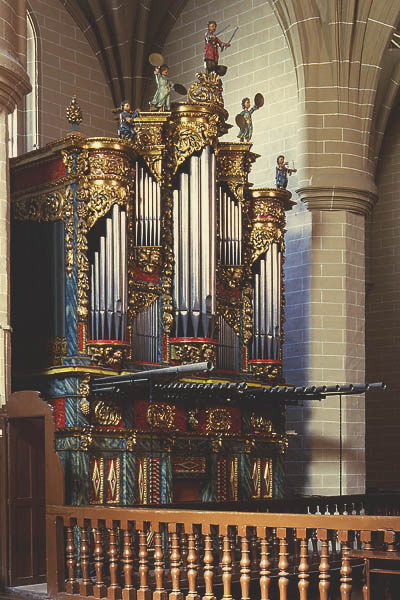 In the organ case the name of the builder does not appear since it had been modified. According to the parts that remained we can conclude, that it had 25 stops in the left hand and 25 plus knee lever (26 real stops) in the right hand. It would be one of the biggest organs of Navarra in the 18th century if the year of its construction could exactly be dated in this century.

P.J. Salvador Conde published an up to now unpublished codex from 1751 in which an organ from the middle of the 18th century is mentioned. In this codex Juan de Beruete is mentioned as the prior of the Santo Domingo monastery, in whose lifetime “the loft of the organ and its case... were negotiated for 550 ducats.” The aformetioned Fr. Juan retired from the Pamplona priorate in 1760. Also the following sentence of this manuscript is important: “true is, that two times new stops were added to this organ the half of this century (18th century)”.

Considering the shape of the organ pipes of the current organ, we believe, that only little or anything at all of the instrument from the 17th century survived. This is why we have to call it “a preceding organ”, compared to the current instrument. 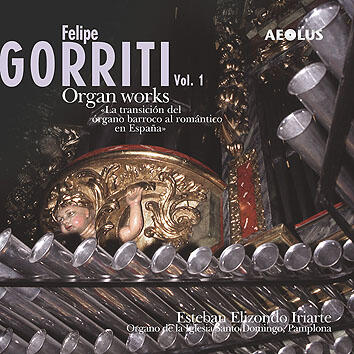