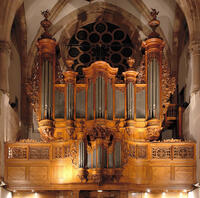 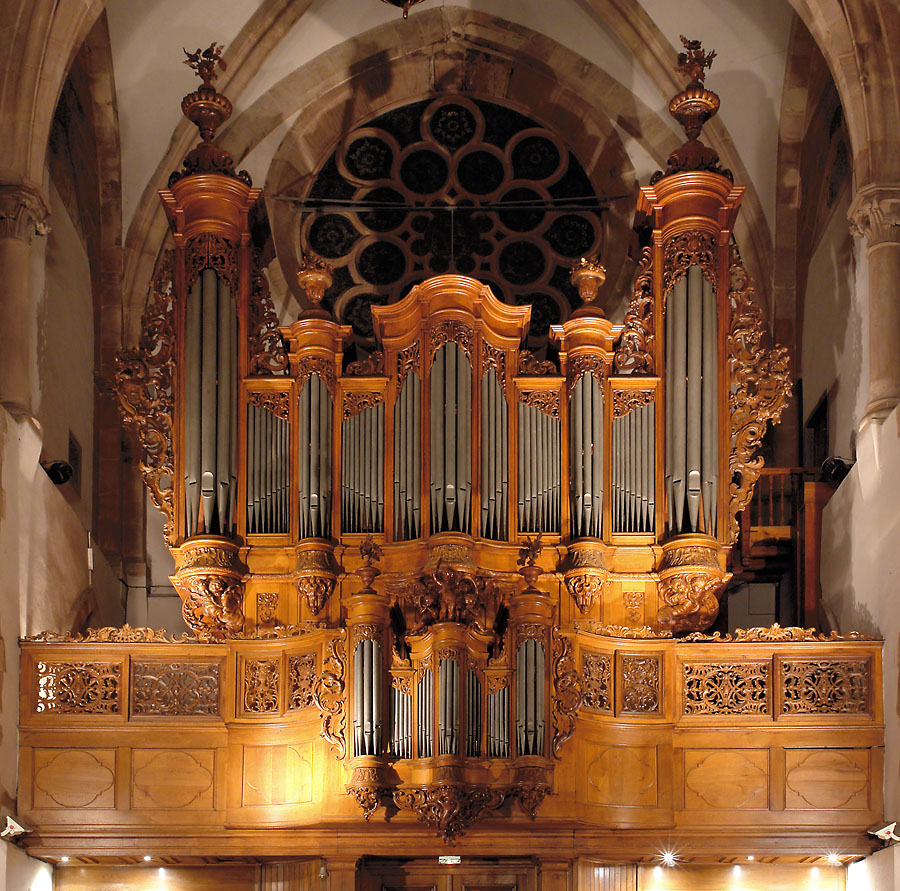 The organ at the church of St. Thomas is the best preserved Silbermann instrument in Strasbourg.

The contract between the chapter of St. Thomas’s and the 25-year-old Johann Andreas Silbermann was signed in 1737. Erection of the instrument commenced in May 1740 and was completed in February 1741. Thereafter Johann Andreas undertook a study trip to his uncle Gottfried Silbermann in Freiberg. In 1790, Johann Conrad Sauer, who had been apprenticed to Johann Andreas Silbermann, added the planned Echo Trompete.
The first alteration was made in 1836, when Martin Wetzel (Strasbourg) replaced the Echo division by a Récit with six foundation stops. The same firm made further changes in 1860 and 1886.
In 1908 it was intended to rebuild and modernise the organ, but Albert Schweizer opposed the plans and managed to have the mechanical action retained. The work was undertaken by Dalstein & Haerpfer (Bolchen); the pitch was adapted to the modern norm, a measure later deplored by Schweizer.
While Schweizer was working in Lambaréné, the organ was rebuilt in 1927 by Georg Schwenkedel (Strasbourg), and pneumatic action was finally installed. In 1938 the same builder replaced the Wetzel’s Récit by a swell division with 20 stops. Electric action was installed in 1956 by Muhleisen (Strasbourg); the plan to add a fourth manual did not materialise.
In 1979 the organ was restored by Alfred Kern (Strasbourg). Mechanical action was installed once more, and the original stoplist was largely reinstated. The Echo department, whose windchest was no longer present, acquired a complete manual compass and 10 stops; at the same time, a 27-note pedal was created and the instrument was put back to the original pitch. A last measure was taken in 2009, when Quentin Blumenroeder (Haguenau) renovated the casework and provided two new diagonal bellows.
by Marc Schaefer
© Aeolus